Ensure your pets are provided for when you’re no longer able to care for them on your own.

For me, it’s all about him.

I grew up without a love of animals. My fear of dogs then was so great I would not get out of a car if I saw a dog walking on the street. This lasted for decades.

At one point in my life, as happens with all of us, I was dealing with some personal issues. Friends and relatives offered all kinds of helpful suggestions, and one of their suggestions was, “Get a dog.” To show you how desperate I was, I gave it some thought. A dog? It was kind of a crazy idea. Not only did I have an inordinate fear of them, I really knew nothing about them. Just to show you how little I knew about dogs, I was discussing how to adopt a dog with a friend who suggested that I rescue an animal from the pound.

“Pound?” I asked. “You pay for dogs by the pound?”
I really knew nothing about dogs!
“No,” she laughed. “That’s another name for a shelter, where you can get homeless dogs.” This really confused me.
“So, you…go to a homeless shelter and take a dog from someone there?”

Nothing else had worked up to that point, so I fought my fear decided I’d give it a try. I had in mind the dog I would adopt. I figured I’d be less afraid of a small dog than a big one. Very small, so I could carry her around easily. Also, a female seemed like a good idea for me, more feminine, so she wouldn’t lift her leg in the house. This would be my very first dog, so I thought I should try and keep things simple. A young dog would come with fewer complications. So that was it – I’d get a tiny, young, female puppy.

The day arrived, and my friend took me to New York City’s Animal Care & Control center. I walked in…. and was horrified. It was smelly and noisy, dogs everywhere – all of my worst expectations realized. All I wanted to do was leave.

Then I saw this dog. The absolute opposite of everything I had in mind: not tiny, not female, not a puppy. A big, scruffy boy – he was a mess! So filthy I could barely see the white roots of his hair under all the grime. He was all scrunched up, in a box that was too small for him. He looked miserable.I was incensed! I found the center’s manager and forcefully expressed my unhappiness with the situation.

“You must move him,” I said, “to another place where he’ll be comfortable.”
“It doesn’t really matter,” I was told. “He’s going to be euthanized tomorrow.”

I was so naïve that I didn’t realize what that meant. I kept insisting, and finally the manager put the dog in a larger cage.

We left. My nerves were shot, so we went to the movies to relax. Now, if there’s one thing I hate, it’s people who don’t stop talking in the theater. Whether at the movies, or at a play, it’s so rude. All during the movie someone in that audience just couldn’t stop talking – it was me!

“Did you see how he was squeezed into that box? They said he’ll be euthanized. Does it matter if I get a girl or a boy dog? Do you think he’s too big?” And so on.

“All right,” my friend said, halfway through the film. “We’re leaving! You’re getting that dog right now.”
The moment she said it my heartbeat accelerated.

What Is a Pet Protection Agreement® Pet Trust?

The Pet Protection Agreement overcomes all the issues you find in a Will and other documents. For example, pet owners are not allowed to leave money directly to a pet in their Will. Because pets are property. Instructions for the care of your pet in your Will can not be enforced. The Pet Protection Agreement is valid in all 50 states, can not be overturned by the court and instructions are enforced. As a stand-alone document, it is not dependent on your Will. You can ensure your pet’s future by providing specific, enforceable instructions for the entirety of the pet’s life.

What Is a Pet Trust?

A legally enforceable method that provides for passing animals from one owner to the next. 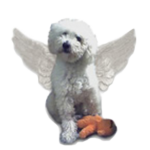